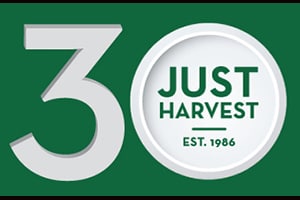 When we opened Just Harvest’s doors at the end of 1986, it was an experiment in whether our community could sustain a grassroots advocacy voice for low-income and hungry people, a voice that would speak truth to power, that would demolish false stereotypes about our struggling neighbors, and would respond to the root causes of hunger and poverty.

That was thirty years ago. Six Mayors of Pittsburgh ago. Seven Governors of Pennsylvania. Six Presidents of the United States.

In 1986, the Pittsburgh Public Schools did not yet have a school breakfast program. (Winning that was our first victory.) And Donald Trump had not even gone bankrupt once.

Your engagement in this work, and Just Harvest’s continuing presence in our community, is proof that this experiment has been a success. By “success” I do not mean that we have won on every issue, or that hunger is a thing of the past. Far from it.

Success means that the values that drive us forward are powerful. And it is powerful to state them, with pride and with purpose:

We know you share these values, but many in our government do not. They are seeking a Pennsylvania and a United States of altogether different values, where too many will suffer as a result.

We know you share these values, values that are now under a new level of attack by federal legislators and officials, attacks that are hurting Pennsylvania and our communities.

Now is the time for us to band together and push back.

Starting May 28 we will honor our 30 years of progress by launching 30 weeks of action. Every week from June until the end of the year, Just Harvest will invite our supporters to take action through advocacy, service, coalition-building, and raising awareness.

These 30 actions will vary in type, target, and focus. But they will all marshal the power of our shared values, experience, knowledge, and numbers. They will create a force to be reckoned with.

We hope you’ll join us:

If you’re not on Just Harvest’s email list please sign up here. You can unsubscribe from the 30 Weeks of Action emails or any of our other emails at any time.

Week 4: Come to our next Action Against Hunger Team monthly meeting

Week 13: Meet with your Congressman

Week 14: Stand up for a new Pittsburgh economy that works for everyone

Week 18: Get ready for the next election

Week 19: Say NO to “tax reform” and budget cuts

Week 22: Join us at our Oct. 25 Harvest Celebration Dinner

Week 26: Shop local this week to support fresh food access for all

Week 28: Be part of a public discussion about poverty on WQED