July 2 was a day of action across the US to protest the Trump administration’s cruel treatment of immigrants at the southern border. As we saw with their late 2018 “public charge” proposal to bar any low-income immigrants from gaining citizenship, the administration’s racist nativist agenda isn’t limited to the detention people seeking asylum at the border.

The latest administration effort would bar non-citizens from public housing. It would forced mixed status families to choose between housing and staying together.

Immigrant families face separation constantly, this time thanks to U.S. Department of Housing and Urban Development (HUD) Secretary Ben Carson. He has put forward a new rule that would evict mixed-status families from subsidized housing, requiring everyone except senior citizens to prove citizenship.

This would mean that if a woman living in subsidized housing has her brother who is applying for asylum temporarily staying with her, both would face eviction unless the brother moved out. Over 100,000 families would face eviction if this rule is put in place; 55,000 of them are children. 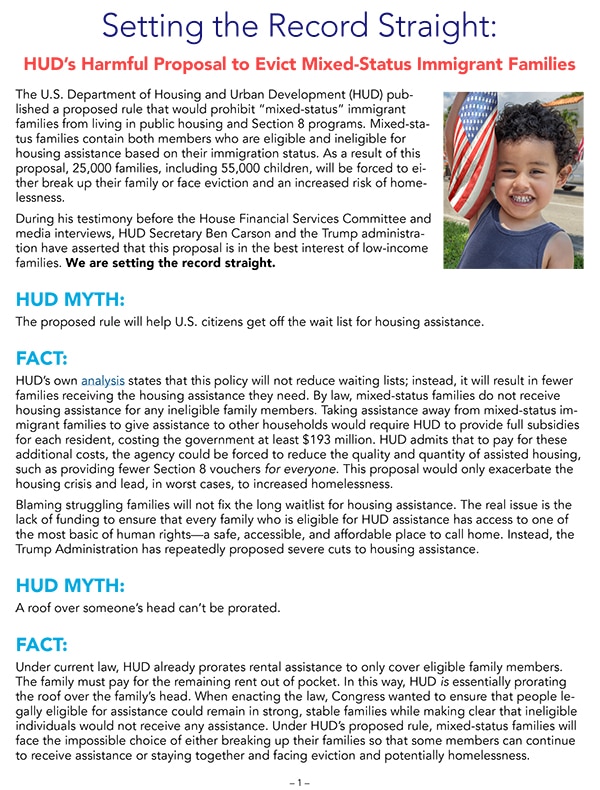 HUD admits its mixed-status rule will not reduce wait lists, but will reduce the quality and quantity of housing. This is clearly another attack on immigrants and poor people, and we gathered to let the government know why we will not stand for it.

We were greatly heartened that it was standing room only on July 2 at our Power of the Pen event at the East Liberty Presbyterian Church to take action against this cruel proposal. Dozens of people joined us, Casa San Jose, Wasi Mohamed and Megan Stanley of the Pittsburgh Commission on Human Relations, as well as Pittsburgh United and the Thomas Merton Center to submit their formal comments as part of the federal public comment period on the HUD policy, which ended July 9.

We’ll keep you posted on the status of this policy. And be sure to join us at our next Power of the Pen on August 12 to help restore General Assistance in PA!

Ann’s Market in the Hill District is now a Fresh Corners store
Summer meal participation is dropping in PA and U.S.