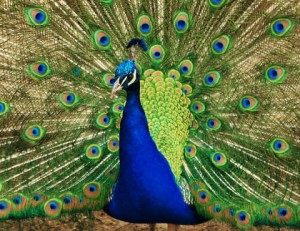 There was a time in the not so distant past when I needed to use welfare. Some might read this and instantly cringe at the idea. I have to say, even writing this, I’m uneasy about publicly admitting that I needed public assistance for something as commonplace as food.

An entire book could (and maybe should) be written about the unnecessary difficulty of the public assistance process, or the need for more funds for food assistance programs.

But where does that sudden feeling of shame come from when we think of welfare? I believe it has a lot to do with the color and design of Pennsylvania’s ACCESS card itself.

As I look at my electronic benefits transfer card, it is a mess of intense greens and blues as bright as a peacock, with the comically large glaring yellow word ACCESS on it. There is a ribbon of numbers on the card. Below the numbers my name is inscribed.

Even Milton Bradley’s newest rendition of Monopoly, played with credit cards, puts the design of Pennsylvania’s welfare ACCESS card to shame. My card is like a siren calling spectators with the words, “I’m poor! I’m poor!”

Some research into the design and color of welfare cards in other states reveal that in most states the welfare card is nearly identical to a regular debit card. Welfare allocation funds for food and other amenities are transferred to cards that cannot be publicly detected.

So why would our state print a card that, when used as intended, causes public humiliation? We try to shame the poor. And it works: I was too proud to be seen with the card in public.

I would go to the store to shop for food just as soon as it opened, so that I’d be the only one in there. Otherwise, rather than use the ACCESS card publicly, I went to virtually unknown food pantries or small soup kitchens.

You might be thinking, “Get over your pride!” But I should not feel embarrassed to need public assistance, particularly since it’s a resource that I also pay for.

As I look at my paycheck today, I see that money is taken out for Social Security Insurance (SSI), Social Security Disability Insurance (SSDI), unemployment benefits (UE), as well as other federal and state taxes, which fund public assistance programs. SSI and SSDI benefits can be directly deposited into a personal banking account.  Pennsylvania issues a navy blue debit card that looks strikingly like your average debit card for those collecting unemployment benefits.

Why can’t Pennsylvania disburse welfare food funds from a discreet card? Because there is a public assistance apartheid, and if I fall financially short, I’ll be shamefully colored.

D. E. Harris is a licensed behavioral health practitioner. Mr. Harris has published several articles that address social welfare practices. Many of his articles have led to social policy reform. Currently, Mr. Harris is an independent researcher, an exploratory investigator and a psychotherapist in Philadelphia, PA.
View all posts by D.E. Harris →

The Five R’s: What Pennsylvania needs in a state budget
Quiroz Farm: From Mexico to Beechview Farmers Market

27 Responses to Pennsylvania’s ACCESS Card: The Color of Shame