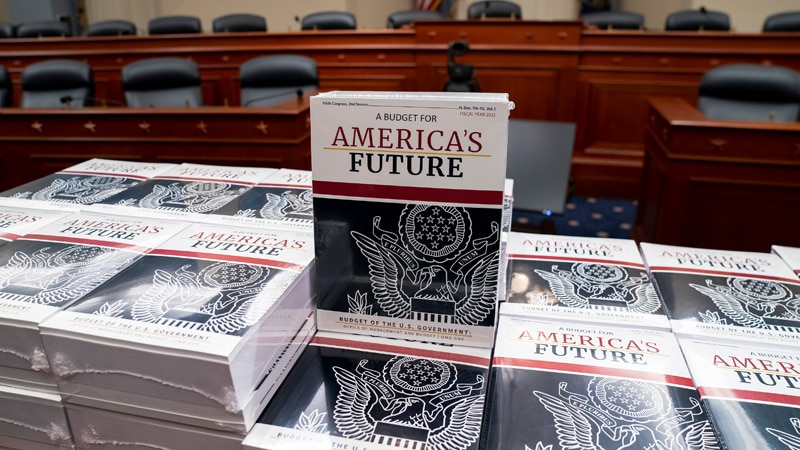 Every year, U.S. elected officials decide how they will spend trillions of our tax dollars by creating a budget. This process is always kicked off by a budget draft that the president creates.

Unfortunately, Pres. Trump’s recently proposed 2021 budget looks much like his three prior ones and is entirely consistent with his administration’s ongoing attacks on programs that protect basic living standards. These budgets and rule changes are all variations on a guiding theme: prioritize the well-being of the wealthy and corporate interests at the expense of everyone else.

This budget would push millions of Americans into or deeper into poverty, widen inequality and racial disparities, and increase the ranks of the uninsured. It will make life harder in every way possible for people already on the brink.

Pres. Trump and Senate Leader Mitch McConnell will then once again pass the “savings” from gutting critical programs on to the rich as tax cuts. What one hand taketh away, the other hand giveth.

Let’s take a closer look at the specific budget proposals.

The SNAP/food stamps program was designed to automatically provide assistance for anyone eligible. It is intended to be there when people need it. The only way to reduce SNAP spending, according to this administration, is to reduce who is eligible.

Under this document, all adults ages 18 to 65 (rather than age 18 to 49 per current policy) who the government deems able to work will have to engage in “at least 20 hours or more” of work or training to qualify for benefits longer than 3 months in a 3-year period. This would now be regardless of whether they have children to take care of or not. Apparently this administration doesn’t count caretaking as work unless it’s paid. And apparently children in financially-strapped households don’t deserve the luxury of having a parent take care of them.

A more compassionate and effective way to reduce SNAP spending would be to put forward policies that directly improve people’s economic well-being and thereby reduce the need for food stamps. But that would require things like raising the minimum wage, making child care and housing more affordable, increasing funding for education and job training, and advancing racial, gender, and economic equity.

Elected officials who prize low government spending and low taxes (for the rich) seem to loathe these type of investments in working people. “The government isn’t here to solve your problems,” they tell us. This one sure ain’t.

Cuts to Healthcare, Housing, Education, and the Environment

Trump’s 2021 budget also calls for:
• $1 trillion in cuts to Medicaid and the Affordable Care Act over 10 years, with cuts growing deeper over time
• $170 billion in cuts to student loan programs
• $75 billion in cuts to Social Security disability programs
• Cuts to housing for low-income families as well as for scientific research and disease prevention, national parks and forests, and environmental protection

Trump’s health coverage cuts would likely cause millions of people to become uninsured. It will also end protections for millions of people with pre-existing health conditions. People will have a harder time seeing a doctor when they’re sick or paying for medication to stay healthy.

The budget also harshly cuts programs that help students from families without resources, people with disabilities struggling to navigate the system in order to get assistance, and the millions of American families struggling to pay rent and meet other basic needs. Aside from the cruelty, Trump’s budget violates last year’s bipartisan agreement with Congress. It proposes progressively deeper cuts in coming years to domestic programs whose funding Congress is supposed to set annually.

So what do working families, people with disabilities, students, and seniors get in exchange for all these cuts? Nothing. Just more hunger and hardship.
The upside of these cuts all go to those on the upper end of the income scale.

Tax Cuts for the Rich

That huge loss in revenue will lead to ballooning deficits unless it’s balanced by cuts in spending somewhere. So once again, this is a reverse-Robin Hood budget that takes from those at the bottom and middle to give to those at the top.

This is a budget that blocks every path upwards for people in poverty and just above. Its cuts to critical programs in order to increase spending on the rich will widen income inequality and racial disparities. And it will perpetuate the squandering of our nation’s wealth on militarism and war profiteers by maintaining our preposterously high funding for the Pentagon, despite recent reports of rampant waste and contractor fraud to the tune of hundreds of billions of dollars.

This budget is a blueprint for stealing the fruits of American labor away for the few. By opposing opportunity for all it erodes our basic well-being and financial security, undermining our ability to create a better nation and world.