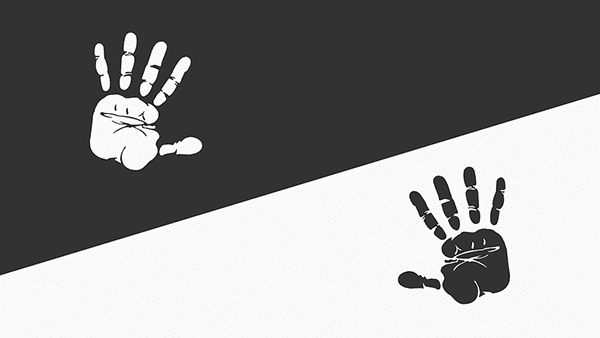 Just Harvest commits itself to fighting the persistent structural racism and racist violence that has plagued our country for 400 years.

Racism is a force that has shaped this country from its beginning. Europeans’ justified their desire to murder and enslave Native Americans and Africans for their land and their labor by fabricating notions of inherent white supremacy. These notions and their legacy persist and shape every facet of Americans’ lives — even the lives of those who fail to recognize their own White privilege, and those whose White privilege is subsumed under poverty and hardship1.

Racism in the Food System

We understand that structural racism, especially in the food system, is a root cause of hunger and poverty. Agriculture in the United States exists from the legacy of land stolen from native peoples, forced labor of enslaved Africans stolen from their lands, exploitation of migrant labor, and exists today as one of the lowest paying sectors of our economy. In addition to the sourcing of our food being deeply and inexcusably exploitative, these injustices hamper the ability of those who are Black, Latinx, and Indigenous and living in under-resourced areas to access healthy foods.

Food apartheid is just one of the many structural barriers that communities of color have faced due to systemic racism. As a result, their white counterparts are more advantaged in health, housing, employment, income, and education2. COVID-19 has exacerbated these disparities, with Black people, Latinxs, and Native Americans experiencing higher death rates, food insecurity, and loss of employment. The clear connections between race, wealth, and health are unavoidable and unacceptable.

We should not expect communities of color to bear the burdens of society’s injustices and inequities. We share the outrage of communities caught in the legacy of structural racism and poverty. These centuries-old injustices are mirrored in the COVID-19 pandemic, which has taken a hugely disproportionate toll on the lives of Black people, Latinxs, and Native Americans, as well as on immigrants barred from government relief programs.

Just Harvest will continue to advance and demand public policies that ensure all communities have equitable access to food, health, shelter and economic opportunity. We also commit to shining a light on persistent racial biases in these public policies. When children and families have access to the basics they need to live and thrive, their economic outlook, health and educational outcomes improve. And when families thrive, our society thrives.

Yet, the network of government social safety net programs that is supposed to ensure adequate nutrition, income, medical care, and housing — the most basic standards of living — has been shredded in this country, largely due to racism. In recent decades, members of both political parties at both the federal and state level have slashed the funds for, blocked access to, and stigmatized those forced to rely on government assistance. The racism of Reagan’s “Welfare Queen” myth, the cruel welfare system it engendered, harsh time limits on assistance, the barring of immigrants from aid — all serve to conceal that the problem isn’t how many people receiving welfare benefits aren’t working, but the shockingly high, and rapidly growing, numbers of people who are3.

But if the 1% and their puppet politicians are to justify giving half of the nation’s budget to the Pentagon and military contractors, if they’re to skip paying their fair share of taxes and prioritize enriching corporations and their shareholders, then it must be trickle-down austerity, high taxes, low wages and substandard minimum wages4, and no labor protections for everyone else. The path to the American Dream is too often a pointless hamster wheel that the senseless momentum of racism helps spin.

The real work of ending hunger in this country is to stop shaming those struggling to get by as lazy and immoral, particularly by using racist dog whistles. We must hold accountable the government, business, and civic leaders using their White privilege to drive economic inequality ever higher. Our public and economic systems aren’t broken; they’re working exactly as intended — rigged to keep people of color and people in poverty down.

What Comes Next: Social Change

In reforming these systems and creating new, restorative public policies and programs, centering leaders and advocates in oppressed communities is critical. We must also acknowledge that our achievements come thanks to the historic advances made through the Black liberation movement and other efforts for racial justice. For example, while founded partly as a direct response to police brutality in Oakland, California, the Black Panthers also pioneered what is now the school breakfast program5. We commit to continue learning of these contributions and to lift up the voices and accomplishments of those too often ignored in our work.

We must advocate and insist on a society that is just, equitable, inclusive and anti-racist. One where institutional racism is rooted out, and where the dignity of each individual, regardless of color, is embraced and respected. A society that can ultimately discard the whole false idea of “race” rather than allow it to determine people’s destinies. Just Harvest therefore recommits our organization to ending structural racism and advancing racially equitable public policies that ensure access to healthy and nutritious food for all.

What Comes Next: Organizational and Personal Change

Just Harvest will be working over the coming weeks, and months to assess how to make our internal structure and operations conducive to anti-racism and advancing racial equity. This will entail reviewing and updating our guiding documents, our strategic plan, our hiring and staffing procedures, and our program priorities, as well as embarking on transforming our organization’s culture.

We will continue to update this page and our supporters as we accomplish this work. We look forward to sharing our successes with you in this regard.

In the meantime, please check out and share these resources on anti-oppression.