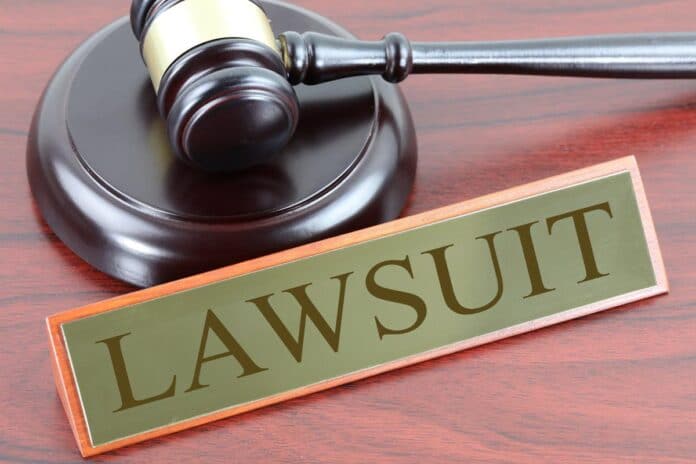 This is thanks to the lawsuit settlement won from the U.S. Dept. of Agriculture (USDA) by Community Legal Services of Philadelphia (CLS), for which Just Harvest helped provide testimony.

The Trump administration had blocked households who qualified for the maximum SNAP benefit amount from getting extra SNAP during the pandemic. In March, CLS’s legal victory for roughly 700,000 such households in Pennsylvania means they will finally get a lump sum settlement for the months they were denied extra benefits. CLS first won their lawsuit on behalf of these households in October but the Trump administration appealed it. On March 31, 2021, CLS settled the lawsuit with the USDA for $712 million in retroactive food stamp benefits.

People who received SNAP at any point between September 11, 2020 and March 31, 2021 will receive these payments for the months you received SNAP if:

How much people are eligible for

The lump-sum payment is equal to half of the maximum SNAP benefit amount based on household size, per month. For example:

When the settlement funds will go out 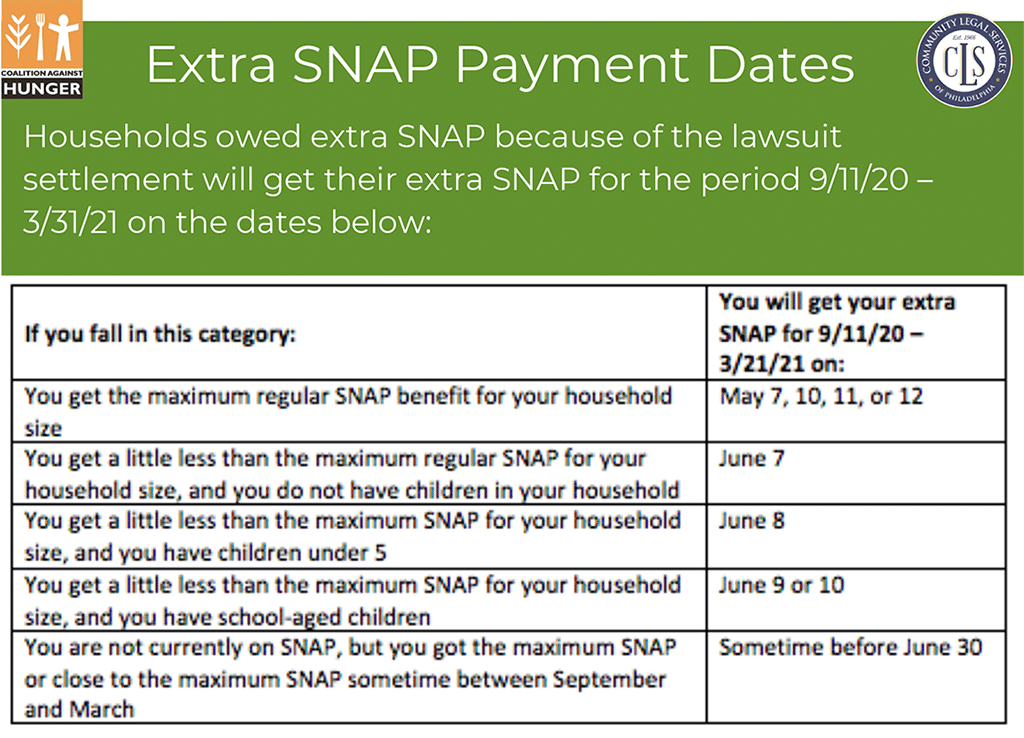 DHS has already distributed the April portion of this settlement; you should have received it on your EBT card. During May and June they will be providing one lump sum payment for the remaining months that are covered under this settlement period.

Worried about having to use all these benefits in a certain time frame? Don’t be. SNAP benefits do not expire. As long as you use your card once every three months, you will have access to these benefits, even if you stop receiving SNAP.

Extra SNAP for these households in the future

The Biden administration announced in April that for the duration of the pandemic it will provide $1 billion a month in extra SNAP benefits to the roughly 25 million U.S. households who are eligible for the maximum. Starting in May, these households will get an additional $95 in SNAP every month for as long as there is an emergency declaration in place.