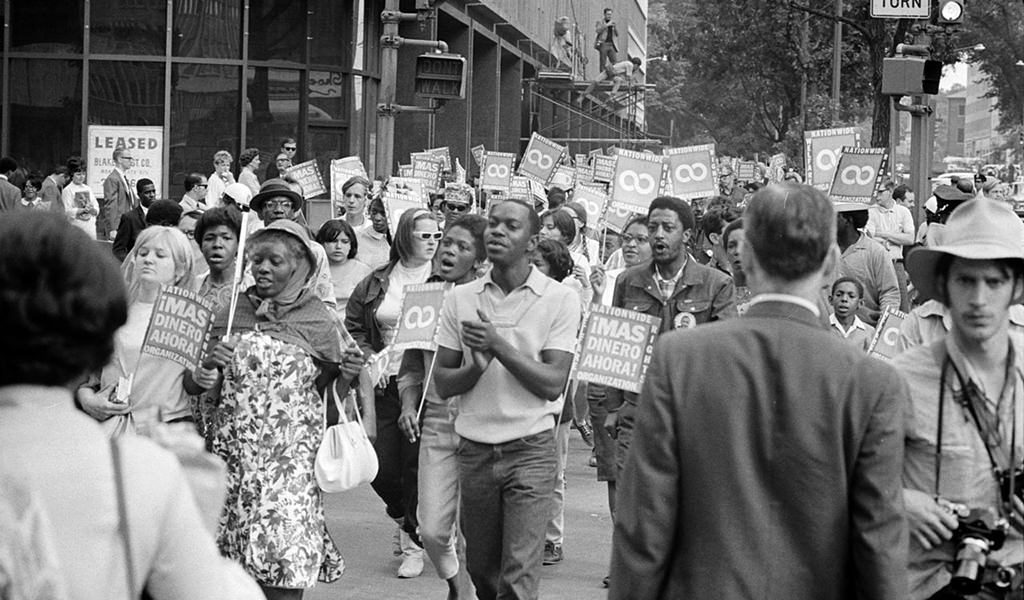 The following account is Theresa Orlando’s as told to Just Harvest’s communications coordinator, Emily Cleath. Theresa has been on Just Harvest’s Board of Directors since 2008.

Back in the late 1960s, I was just like any other white person that I knew. We were doing anti-war stuff at that time but didn’t know anything about racism.

My husband and I happened to encounter Sheila, a young African-American woman in our neighborhood who was doing a freedom school project – an alternative to segregated schools that was part of the national black power movement at the time. She was part of a group of young people my husband and I were working with through our church.

She decided she wanted to become Catholic. But when I took her to church people wouldn’t sit next to her. I had never encountered that before. That was my awakening to what the church meant when they talked about the sins of the world and the inherent dignity of all people.

I had never thought about what it meant to be different. I was a poor Irish Catholic growing up. I didn’t know I was white. At his Irish Catholic school my husband got yelled at for being Italian. But that’s how we saw each other. It never occurred to me that I was also benefiting from white supremacy.

I started getting involved with a community action group in a little Italian ghetto called Pittock in Stowe Township near McKees Rocks where we lived at that time. People started threatening us and our landlady when Shiela would be hanging out on our porch. Everyone was almost as poor as the other but they were threatening me. It was amazing. But we wanted her there; she was part of our family now.

Don Fisher, our parish priest (and a potter who contributed greatly to our annual Empty Bowls event before he died), was a prime mover at this time and organized our community action group to go to the 1968 March on Washington as part of Dr. Martin Luther King, Jr.’s Poor People’s Campaign. In a sense I was just along for the ride because I was just getting in touch with these issues. I had just been a housewife scrubbing floors and all of a sudden I was starting to do something else.

But being there was amazing because there were so many black people. Black people were always around where we lived but I never thought about it in terms of their numbers across the U.S. To see any sizable number of people of color in my area you had to go to the “bottoms” where the projects were, but you wouldn’t do that.

When Sheila came into our lives we were bringing the bottoms into our house. It was a terrible time and black people had to “know their place,” which is a terrible thing. People would go to work and have to act one way, and then come home and be able to act like themselves.

At the march, it was so overwhelming to be rubbing elbows with people who were so inflamed with emotion, who enjoyed being there but also had deep anger about why they were there. I wasn’t yet 30. This made me grow up – this emotional roller coaster. In a sense I hadn’t even been sure why I was there except I was with this group of people that I trusted. But as they were talking about white people I thought “well that’s me. I’m a white person.” I had never thought of myself in terms of race. 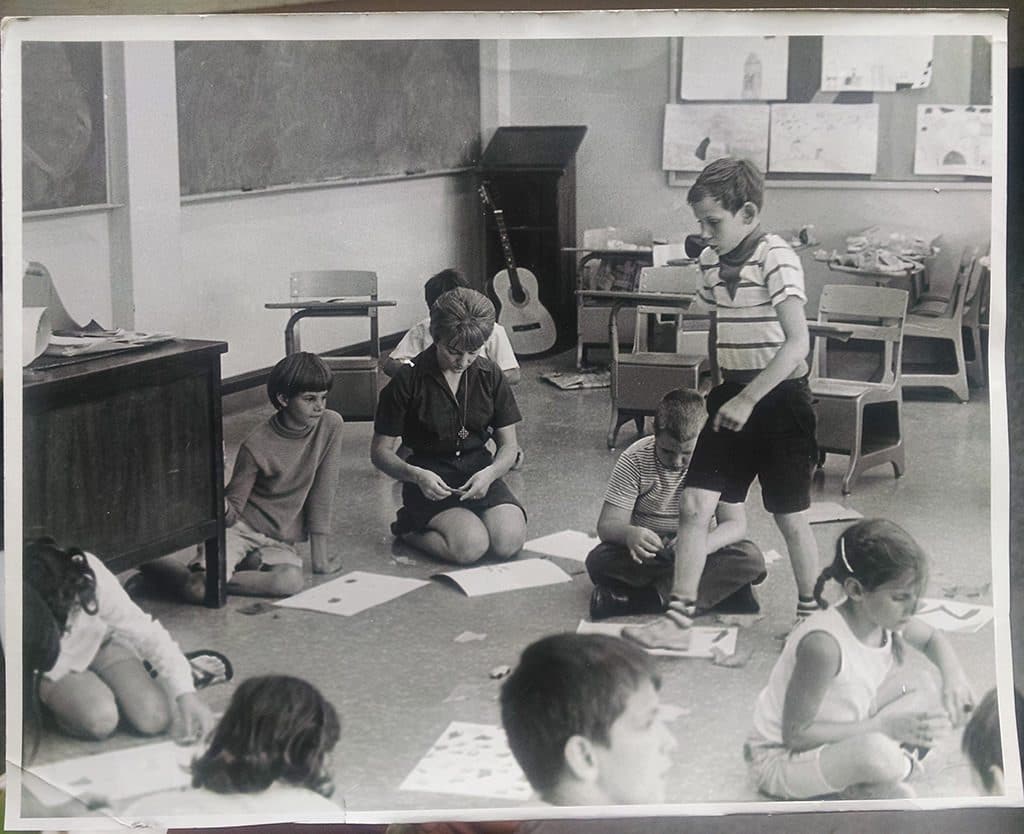 I felt as a Catholic that this is what we needed to do as part of our challenge from Vatican Council II to open up the church and engage in the world. But I still struggle with the whole issue of white supremacy. It’s part of why I was one of the founding members of the North Hills Anti-Racism Coalition twenty-five years ago, and why I’m now the proud chairperson.

I also feel driven to do that because of my experience in Stowe Township, with Sheila, and the march. The civil rights and anti-war movements were going on at the same time; we were being emotionally torn in both directions. And Dr. King was talking about the black garbagemen trying to unionize because they weren’t getting paid decent wages.

I began to realize we were all on the same level. We also never had money and lived modestly. It was a learning experience of discovering our common humanity. It’s like you have to get knocked to the head to figure it out. Someone has to not sit next to you in church to get to the heart of what it is.

I’m 79 but I’m still in the best way I can trying to do what they tried to do in D.C. 50 years ago: right the world. And now here we are with a president dividing us again.

So here’s my recommendation: Go meet people of color. Don’t expect them to come to you. Join a group. I’m a member of a group of black women in the North Hills. I’m a member of a black church. If you want to be part of somebody’s world you have to enter it.

If you’re in a group where you want people of color to participate, you can’t expect them to come to you because they’re afraid they won’t feel welcome.

Meet people one on one. It’s a gift. It changes you. It was our concern for Sheila that made me realize the world was screwy. I’m grateful for that. I don’t know what my awareness would have been otherwise.

You become a better person when you engage with people who are different than you. We lose a part of ourselves when we are isolated and bigoted and judgmental. That negative energy hurts you.

Now I’m comfortable with my white friends, my African-American friends, and at my coalition’s interfaith gatherings. I have a diverse bunch of people in my life now and they’re wonderful.

One of the things I realized at the march was people were happy to be there even though they were struggling and fighting for something. The struggle makes us more human. We’re so much more than race.