By Kristen Hochreiter on March 30, 2015 in Blog, Commentary, Not just a number, Our Programs 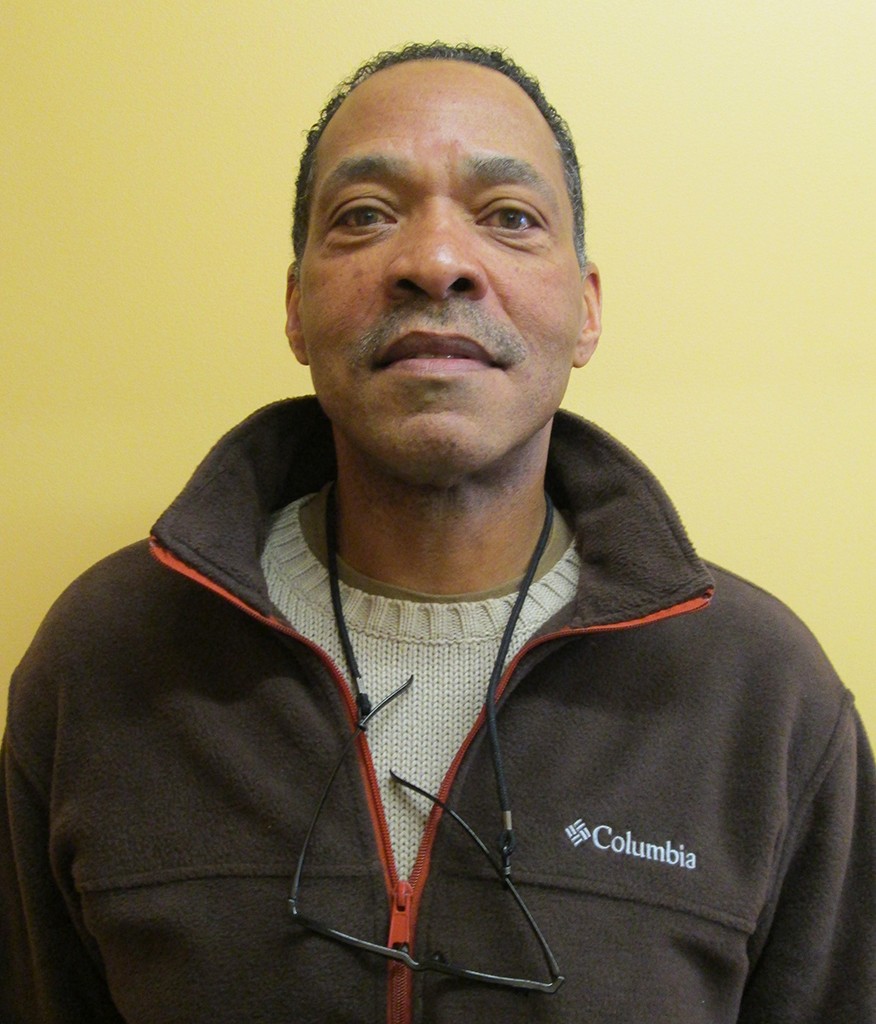 Bruce came to Just Harvest for the first time this year to get free assistance with filing his taxes. He first heard about Just Harvest from his girlfriend who suggested he get is taxes done at our South Side location.

He said that his experience at Just Harvest was “very helpful, courteous, and pleasant. More than what I expected.”

Bruce has previously gone to other free sites to get his taxes done but he said that his experience at Just Harvest was better because “the people here are much more knowledgeable than at other tax sites.”

A veteran who served in the army for six years after the attack on 9/11, Bruce says that the time he spent in the army “wasn’t long, but it was significant.” After completing his service, he went back to school to complete his Bachelor’s degree in Criminal Justice and start his master’s degree in mental health counseling.

Though he originally thought that he would enjoy a career in counseling, Bruce soon realized after starting his master’s degree that it would be difficult to pursue this type of work because he is “60, even though I may not sound it, and I can’t work late hours or weird shifts.”

Bruce also is a referee for basketball at local high schools and wants to find a job that would allow him to continue this passion. Currently, he is working as a childcare worker but is on the job hunt, trying to find employment that he “truly enjoys.”

Bruce told us that even though he is working and has already paid off his home, the bills can still be a burden each month. He is very happy to receive his refund this year because he says he will be able to use it to make repairs on his home.

Due to the extreme weather this winter season, half of Bruce’s roof was destroyed and he had to get it replaced. This required a large sum of money out of his own pocket because “the house isn’t covered under insurance because it is so old.”

Bruce’s refund of $1,276 (which is nearly 20% of his income this year) will help to make some of the additional repairs that he hasn’t been able to previously undertake. Despite this hardship however, he is still trying to stay positive.

“I always try to feel grateful for everything I have, so I usually don’t complain. I am really blessed.”

Bruce says that programs like Just Harvest’s are important because they serve poor people who need the extra help. “Most poor people don’t have surplus income, so these refunds really help them.”

He found Just Harvest’s program especially helpful not only because the staff were knowledgeable but because he “felt like he was being taken care of, and people who are poor want to feel like they are in good care.” Other for-profit services can be “rude or short with people” but he thinks that Just Harvest staff and volunteers really respect their clients.

Bruce was so happy with the service he received that he plans to come back to Just Harvest to serve as a volunteer.

Kristen first joined the Just Harvest team as a greeter at our Bedford free tax assistance site in the spring of 2014. Now she continues her work with Just Harvest in her new role as a community organizing intern for the 2014-15 academic year.
View all posts by Kristen Hochreiter →