By Just Harvest on August 6, 2014 in News Releases, Newsroom 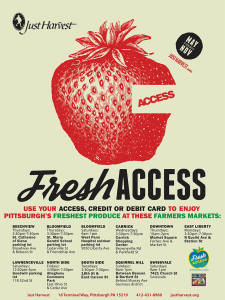 Fresh Access enables the use of food stamp/electronic benefits transfer (EBT), credit, and debit cards with participating vendors at these markets. At the Just Harvest tent, shoppers swipe their card and receive tokens, which can be used as cash to purchase food.

“Nutrition incentive programs at farmers markets are becoming integral pieces of successful EBT programs, ensuring that people of all income levels have access to fresh, local, delicious food, ” the Farmers Market Coalition stated in their announcement of the four contest winners,

Use of the program is also growing rapidly. Last market season, total sales topped $42,000, benefiting local farmers and communities. As of June 30, the dollar value of Fresh Access’s total sales so far this market season (May-November) had quadrupled since the same time last year, reaching $24,800 by mid-July. The number of food stamp transactions are now almost triple what they were a year prior, and the number of credit/debit transactions are up five-fold.

Overwhelmingly, shoppers are spending their money on fresh, local produce. Both EBT and credit/debit shoppers spend close to 70% of their tokens with produce vendors. Vendors also offer baked goods, meat and dairy products.

“We are thrilled by the success of this program, but not surprised. The nearly one in four Pittsburghers who live in poverty are literally hungry for fresh food options. Half of all Pittsburgh residents live in neighborhoods that lack access to nutritious food. This program helps address that problem while putting money in the pockets of local farmers and contributing to healthy, vibrant communities. It’s a win-win-win,” said Emily Schmidlapp, Just Harvest’s Fresh Access coordinator.

“We are also enormously gratified by the national recognition of our efforts – that we are seen as the best in the country in creatively promoting this type of program.”

The designer of the poster was Doug Dean, Art Director of Wall-to-Wall.

Anyone interested in posting one of the award-winning posters somewhere to help promote Fresh Access should contact Katie Mahoney at Just Harvest via (412) 431-8960 x110 or katiem@justharvest.org. 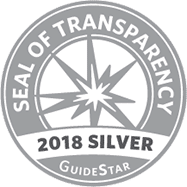 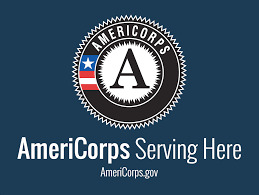