By Josh Berman on February 27, 2017 in Barriers to Benefits, Blog 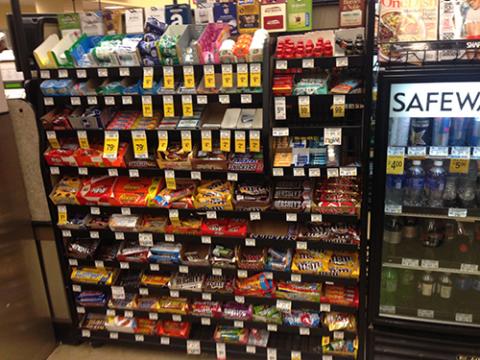 A new president is in office and he’s promising a new era for America. But across the country, elected officials are enjoying a favorite old past-time: attacking the food stamps program.

The U.S. House of Representatives Committee on Agriculture met earlier this month to discuss the possible need for restricting Supplemental Nutrition Assistance Program (SNAP or “food stamps”) purchases of certain foods or beverages. State governments across the country are also now debating what low-income families should and should not be eating. State officials in Tennessee, Maine, and Arkansas – among others – are currently trying to impose restrictions on purchases of sugary food and drinks.

It’s not clear what President Trump’s position on these restrictions will be, but his appointment of Sonny Perdue as Secretary of Agriculture does not bode well. During his time as governor of Georgia, Perdue hired a Department of Human Services commissioner based on her prior “get tough on welfare” record in Illinois. Cash assistance rolls plummeted under Perdue, who also signed off on limiting job training and education programs.

Just Harvest is sickened by these attacks against our most vulnerable neighbors. Let us be very clear in our position about food stamps shopping restrictions: people in poverty deserve the same choices we all have in our purchasing decisions, without judgment.

What People on Food Stamps Eat, and Why

Just this past month the Huffington Post had to entirely debunk a recent New York Times piece making false claims that SNAP recipients are buying and consuming more soda than non-SNAP consumers. As HuffPo author Joseph Erbentraut noted “…the story misled readers by downplaying the [USDA] report’s top-line finding: that there were ‘no major differences’ in the spending patterns of SNAP and non-SNAP households, and that purchases of less healthy foods were common across all households, regardless of whether they used food stamps.”

Attempts to manipulate the data presented by the USDA are thinly veiled attempts to stigmatize people in poverty as being irresponsible with their diet and health, when in reality all Americans need to take a look in the mirror. We all have some personal responsibility for our health and our diet.

If you’re craving a candy bar, your decision to eat one should not be dictated by Congress. Our responsibility lies in moderation and building healthy habits.

Meanwhile, as our grassroots organizer Helen Gerhardt explains, when you are living on little to no income, junk food can be a saving grace:

For years, I literally made it through double-shifts thanks to vending machine, PayDays, and doughnuts, which yes, I knew were terrible for me, but which I would never have been able to keep moving without. I had no time to shop or cook. You bet, as soon as I had the leisure and money to eat better, I could and did make better choices, but it makes my blood boil to hear about these proposed bans.”

Living in poverty means not having the luxury of being attentive to your own nutrition; survival is simply more important. Limiting the purchases of SNAP users is a direct attack on their survival shrouded in false claims that legislators are just doing what is best for our bodies.

Instead of attacking low-income consumers, why is the blame never shifted to the companies responsible for making unhealthy products? Government should regulate what manufacturers make or what businesses sell, but not what individuals purchase. If lawmakers are so concerned about what people eat, maybe they should call up Coca-Cola and Pepsi and have a frank conversation about how much sugar is in their soft drinks (65g in a 20oz bottle.)

We would prefer strong guidelines from the FDA that limit the use of added sugar. Better yet, the FDA could take a step further and put a cap on both how much sugar can be in a single serving size and on how many serving sizes can be within 1 unit. (Think about a bottle of soda that is 2 servings or more but is consumed by 1 person).

It shouldn’t surprise anyone that Coca-Cola spends $4 billion per year on marketing its products. This targeted consumer marketing drives demand, and forces retailers to meet that demand. Add in business incentives from manufacturers (i.e. coolers are free as long as they are stocked with Coke) and a retailer is trapped between a rock and a hard place when it comes to decisions about how to stock their shelves.

Even harder is the choice facing the many low-income people — in Pittsburgh, nearly one in two residents — who have low access to fresh food because they live in food deserts. If retailers do not offer healthy choices, it is unreasonable to expect people to make them. Pushing these policies imply that people have a choice; they don’t.

When walking into a food store in a food desert community, if there even is one, you will find soda, chips, candy, and tobacco. If the government is so concerned about what SNAP recipients eat then maybe they should be concerned about what the stores in their communities sell. 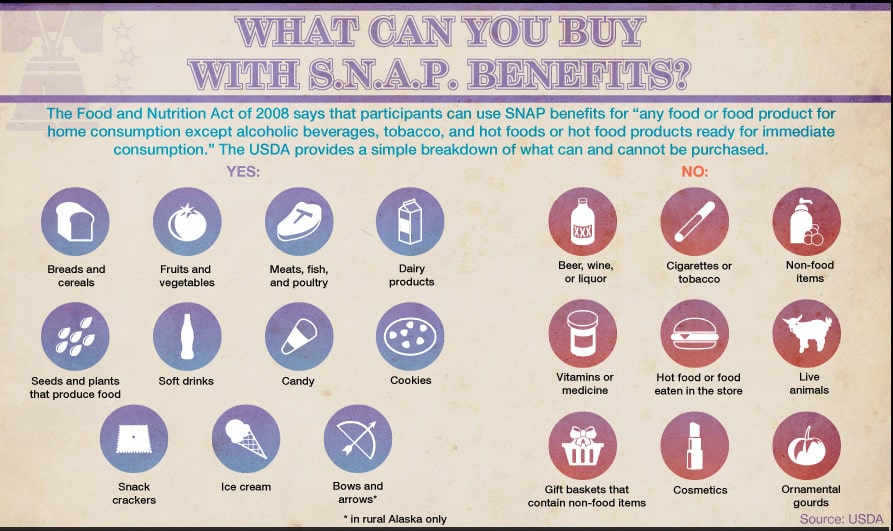 It is also important to regulate manufacturers and retailers because doing so helps all shoppers. Why should only those paying with food stamps be limited in the things they can eat, but those with cash, credit, or debit cards should feel free to eat whatever junk they want?

Some would answer, “The difference is my tax dollars are helping to pay for food stamps. I don’t want to support people eating junk food.” Let’s set aside that of those who aren’t children, seniors, and pepole with disabilities, most of the rest of people on food stamps are the working poor and also pay taxes.

Even so, our tax dollars support all kinds of policies we disagree with. Like corn subsidies. If legislators want people to eat less processed foods made with sugary corn syrup, maybe they should stop paying farmers to grow so much corn.

How about protecting and improving low-income people’s environment and their access to affordable quality health care and housing? Or raising the minimum wage, fighting discrimination, and boosting food and drug safety regulation? Maybe legislators could work to strengthen Social Security and Medicare, rather than talking about cutting and privatizing these programs? Or extend the nation’s most effective anti-poverty program: the Earned Income Tax Credit.

All of these efforts would improve the health of low-income people and help them afford healthy food.

Instead, too many people spend time complaining about what’s in poor people’s shopping carts. Which is making it hard for us at Just Harvest to keep track — is it that poor people are wasting their food stamps on junk food, or that they’re getting more steak and lobster then the rest of us?

None of this makes sense nor is it about promoting public health. If it was, we would ban junk food for everyone.

If this were about the judicious use of people’s tax dollars, the rule would extend restrictions to money that comes from social security checks, unemployment checks, profits made possible with small business administration loans, subsidized grazing on federal land for cattle ranchers, and perhaps even President Trump’s $916 million tax write-off from 1995.

So, why are SNAP dollars singled out for this treatment? Because this is not about public health at all. This is about demonizing the habits and choices of underserved, under-resourced, over-worked, and underpaid neighbors in our community in order to justify cutting funding for the government programs that help them.

These proposals are not about concern for people’s nutritional well-being. They are a wolf’s attempt to judge, stigmatize, and punish food stamp users hiding in the sheep’s clothing of nutrition.

Plain and simple, this is another battle in the War on the Poor.

Josh is Just Harvest's Fresh Corners coordinator. You can read more about him here.
View all posts by Josh Berman →