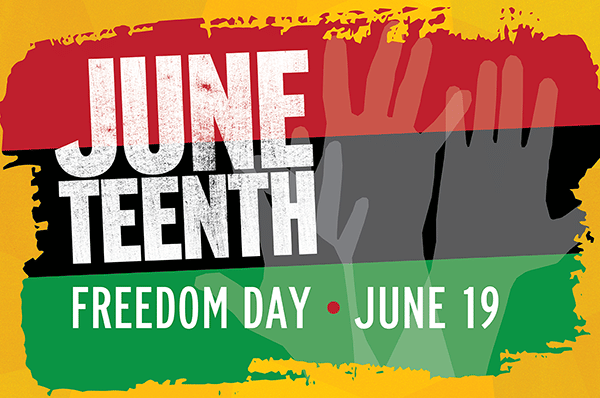 Just Harvest will be closed Monday, June 20 in recognition of Juneteenth National Independence Day – also known as Jubilee Day, Emancipation Day, Freedom Day, and Black Independence Day. This day commemorates the emancipation of African-Americans who the Confederate South had held as slaves.

On June 19th, 1865, Texas announced it was finally abolishing slavery. This was nearly two and a half years after Pres. Lincoln’s Emancipation Proclamation declared the end of slavery.  Texas was the last state to free the people it had enslaved.

For those unfamiliar with the holiday, you can learn more about its history here. People have celebrated Juneteenth in Western Pennsylvania for years. Here are some recent highlights of its local history:

For hundreds of years, various countries kidnapped more than ten million people from different parts of Africa to sell them to America and other countries. The American colonists, and later citizens, who forced these people into slavery also had legal ownership of their children and descendants. It was an utterly brutal and degrading system; slaves had no basic human rights or protections.

After the total subjugation that is slavery came more than 100 years in which Black Americans faced unequal treatment. Jim Crow laws and segregation; racist persecution, mass incarceration, terrorism, and murder; and the denial of economic opportunity and basic civil rights are just some broad examples.

Food justice work is a necessary part of antiracism, which aims to eradicate the persistent inequities and misery caused by slavery and racism. It is with that in mind that we celebrate the end of one of this country’s founding evils.

Learn more about this history

Here are just a few resources:

How you can learn to combat racism