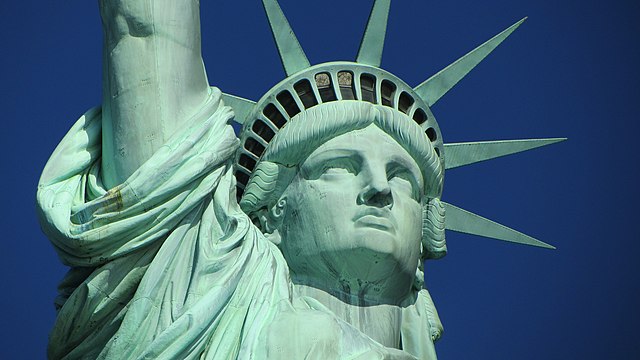 At Just Harvest, we believe food is a human right and anyone who needs food should be able to access food assistance, regardless of immigration status. However, U.S. laws say otherwise.

There is a lot of wrong information and misperceptions about SNAP benefits and whether immigrants (and which ones) get food stamps. This page is to help make clear which immigrants are eligible, what the rules are for mixed-status households (where some members are immigrants and some aren’t), and what receiving SNAP means for immigrants who want to become citizens.

Who is eligible for SNAP?

It used to be that most lawfully residing noncitizens in the U.S., if income-eligible, were entitled to SNAP benefits just like American citizens. Congress ended this with “welfare reform” in 1996, restricting immigrant access to SNAP.

In the following two years, 18 states created their own programs to provide SNAP benefits to immigrants. As of 2021, only six still do: California, Connecticut, Illinois, Maine, Minnesota, and Washington.

Therefore, to receive SNAP benefits in Pennsylvania and most other states, you need to have or be applying for a Social Security number. This dramatically limits which immigrants are eligible to receive SNAP.

The immigrants who can receive SNAP:

Who is not eligible?

Any person with a temporary visa – a work visa, a student visa, a travel visa, etc. – is not eligible. Immigrants who haven’t met the five-year waiting period, or the qualifications above, are not eligible. Just in case it’s not already clear, people who do not have a visa or a legal immigration status and are therefore undocumented are not eligible for food stamps.

Of course, in addition to meeting the immigration rules, non-citizens also have to meet the same
SNAP income guidelines and eligibility rules as U.S. citizens.

What about mixed-status families?

Okay, let’s start with a love story. Xiang and Nicole meet at Pitt. Xiang is an international student and Nicole is a born and bred yinzer. They graduate. Xiang gets a temporary work permit, they both stay in Pittsburgh and start working. They marry; Xiang applies for his green card. They have a three-year-old when Nicole loses her job, but Xiang is still supporting the family. They can’t pay the bills, so they go apply for SNAP.

Nicole and their child are eligible US citizens. Xiang hasn’t worked for 10 years in the states and he hasn’t had his green card status for five years. Neither he nor his wife are military members. Therefore, Xiang is not eligible for food stamps.

So SNAP rules count Nicole and their child as a two-person household. But the government includes two-thirds of Xiang’s earnings in their SNAP application, since two-thirds of the household could be eligible for SNAP. (SNAP rules count a pro-rated portion of his income as household income. This rule applies to any household with a non-eligible member, such as an ineligible college student, or households where the parent is permanently barred due to previous fraud.) Nicole and their child may still qualify for SNAP, but they will get less than they need since they share food with Xiang.

This same rule, the same way, applies to all mixed-status households. Four people in a household, two citizen kids, and two out-of-status adults? Half of (2/4) the adults’ incomes are counted as household income, but they themselves aren’t part of the SNAP household. So they wouldn’t get benefits for the four-person family they are. The benefits are literally only for the kids.

What does receiving SNAP mean for immigrants who want to become permanent residents or citizens?

There is a federal “public charge” rule regarding certain types of immigrants’ long-term dependence on certain public benefits. The Trump administration attempted to expand this rule to block any low-income immigrants from becoming U.S. citizens. Advocates, activists, and lawyers stopped them, but the Dept. of Homeland Security’s efforts to change the rule still had its intended overall effect. All the Trump administration talk about public charge scared immigrants away from accessing the services they need for their families to be healthy and thrive.

In 2022, the Biden administration reaffirmed that it wants immigrants to be able to access whatever SNAP benefits they or family members are eligible for without fear that it will hurt their immigration status. We recommend you check out “Getting the Help You Need” from the Protecting Immigrant Families campaign (it can be found in other languages here), where they explain how accessing benefits relates to applying for permanent residency status.

Please Note: This webpage is not legal advice! If you need legal advice related to immigration, contact our friends at Jewish Family and Community Services.