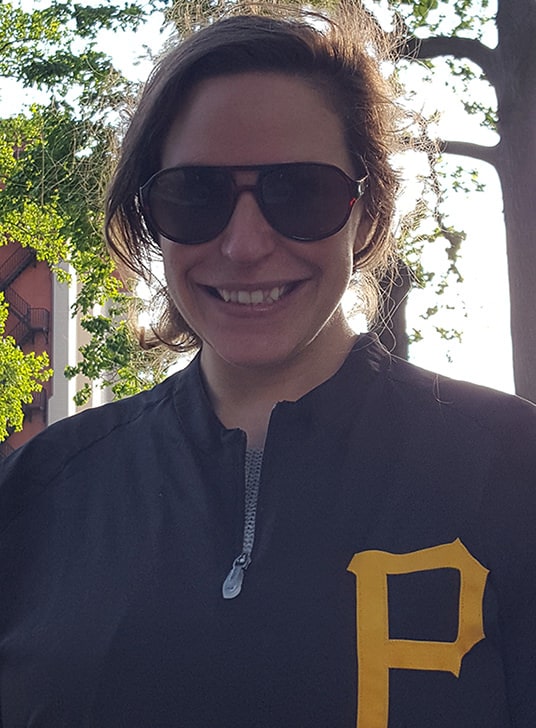 On a recent Friday we talked with Fresh Access shopper Christie Dewitt. Christie lives in Spring Hill and has visited the North Side market every Friday from May to November for the past two years.

Why is Christie such a loyal shopper? She loves that she is able to get all of her fresh vegetables for the week at the market. And she gets to do so in the beautiful environment of Allegheny Commons, Pittsburgh’s oldest park (dating to 1867!). Christie also loves how the Food Bucks program helps her and other food stamps shoppers afford more fresh produce for their families.

Christie believes that Fresh Access and Food Bucks have been a great addition to the market and to the North Side. She sees how they help bring the community together, expanding that sense of community to new people as well. And Christie appreciates that the program enables residents to buy local produce and support local farmers. 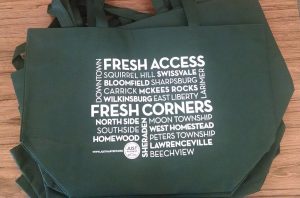 Just Harvest launched our Fresh Access program in 2013 at two markets, one being the Citiparks North Side farmers market. Know what the other market was? Send an email to info@justharvest.org with the correct answer and we’ll send you a nifty Fresh Access tote bag, while supplies last!

Kathrine lives in the North Side and is also a huge fan of its farmers market, which she’s been coming to since moving to Pittsburgh five years ago. Farmers markets are important to her; the presence of the North Side market was one of the reasons she chose to live in the neighborhood.

Kathrine is not a food stamps recipient but also began using Fresh Access out of necessity. Farmers and vendors typically except only cash, which Kathrine rarely carries. Our kiosk allowed her to use her credit or debit card to get the tokens that Fresh Access shoppers use like cash with market farmers and vendors.

She agrees with Christie that Fresh Access has improved the community because it encourages people to support local farmers. She also loves that the program expands access to wholesome unprocessed foods.

The Citiparks North Side farmers market runs every Friday, 3-7 pm at E. Ohio St. and Cedar Ave. through November 17.