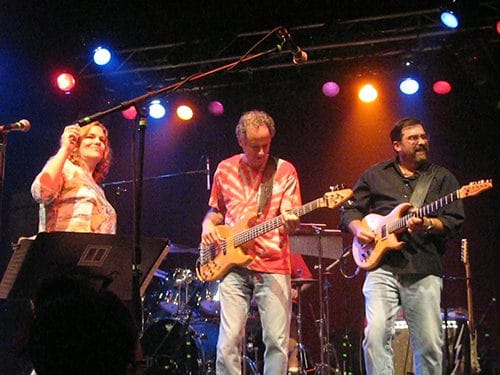 For the past 18 years, Pittsburgh musician David Tauberg and his band theCAUSE have come together at D-Jam to play music. To date, they have raised more than $75,000 to benefit local nonprofits. This year, Just Harvest, an anti-hunger organization that has been serving the Allegheny County community continuously for 30 years, will receive 100% of the proceeds.

Presented by Day Automotive Group and hosted by the historic Rex Theater in the heart of the South Side, this year’s event will be held on Saturday, March 18th. Lead guitarist Jeff Mattson and vocalist Lisa Mackey of the internationally-known Grateful Dead tribute band, Dark Star Orchestra will be joining theCAUSE for the evening. Dark Star Orchestra recreates performances straight from historic Grateful Dead set lists. Having toured worldwide to the tune of over 2000 shows, Dark Star Orchestra’s commitment to ‘raising the Dead’ has drawn them much critical acclaim.

New to D-Jam this year is WDVE’s Morning Show host, Randy Baumann who will join theCAUSE on keyboards along with principals, David Tauberg on bass, Eric Weingrad on guitar, Jill Simmons on vocals, Mike South on drums and Bill Maruca on keyboards.

“This is the fourth time Jeff has been a part of D-Jam and the first time for Randy, although he has jammed with the band on several occasions in the past,” said David Tauberg of theCAUSE. “We are looking forward to another evening of “GRATE” music as we raise money for our friends at Just Harvest.”

Tickets for the 21 and over event are $20 and can be purchased online at justharvest.org or at the door.

JUST HARVEST has been strengthening government’s response to hunger and poverty in Allegheny County since 1986, through a focus on public policy, safety net programs, and community food access.

Let them eat cake? The misguided food stamp junk food ban
How you can stop the House Republican plan to end Medicaid Expansion